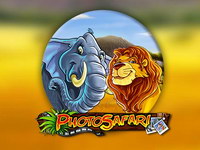 Photo Safari is a virtual slot machine game made by Play ‘n GO. It features two bonus rounds: the Film Strip Spins and the Photo Shoot bonus. Three or more film roll symbols anywhere on the reels triggers the Film Strip Spins bonus round; a number of free spins commences on which the film roll symbol is acting as a wild symbol. Three camera symbols anywhere on the reels triggers the Photo Shoot bonus round.

How to Play:
Photo Safari is a 5-reel video slot game. You can activate up to 20 lines and bet up to 5 coins/line. Lines must be activated in numerical order (1,2,3,4, etc.). The game includes a wild symbol (the drums), a scatter symbol (the film roll) and a bonus symbol (the camera). The wild symbol substitutes for any of the other reel symbols except the film roll and the camera and is used to comprise winning combinations. Two or more scatter symbols that appear anywhere on the reels constitutes a win.
Show more Show less 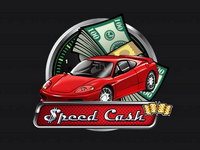 Speed Cash is a car themed virtual slot machine made by Play 'n GO. It is an online 3-reel slot that includes money symbols like coins, banknotes and gold bars. Racing Car is a “wild symbol” that can substitute for any symbol on the payline. Win the progressive jackpot by betting the maximum number of coins and hitting three wild symbols on the payline. 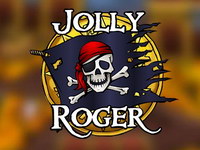 Jolly Roger is a pirate themed virtual slot machine made by Play 'n Go. It includes a wild symbol (the Jolly Roger), a scatter symbol (the parrot) and two bonus symbols (the chest and the map). The wild symbol substitutes for any of the other reel symbols except the parrot, map and chest and is used to comprise winning combinations. In Jolly Roger, three or more chest symbols on any active line... 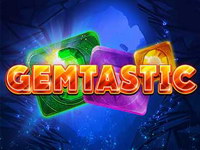 Gemtastic is a cascade virtual slot machine made by Red Tiger Gaming. The game features Chain Reactions, Win Multipliers and Mega Gems for prizes of up to 10,000x! Click the Spin button to spin the reels! Win one or more jackpot tiers when three jackpot symbols appear on the reels or the jackpot is triggered by а game feature. The chances of winning a jackpot increase in correlation with the si... 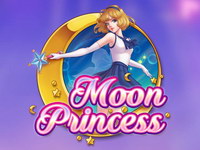 Harness girl power to win in Moon Princess, an action-packed video slot from Play'n GO graced by the lunar loveliness of the powerful princess trio: Love, Star and Storm. Three princesses and prize multipliers are waiting in this enchanting video slot game. Connect three or more matching symbols horizontally or vertically in the 5 x 5 grid to win. Vertically or horizontally, it doesn’t matter. ... 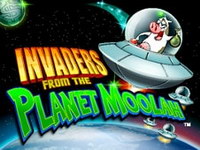 Invaders from the Planet Moolah Slot

Finally the cows have come across planet earth and are ready to share their riches with us all. Play Invaders from the Planet Moolah and start killing attackers to win cash and become a galactic hero. 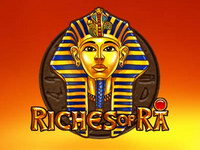 Eye of the Kraken Slot

Eye of the Kraken is a feature-rich virtual slot machine that displays a 3 x 3 grid of symbols. It offers heart-pounding adventure that no treasure-seeker will want to miss! Your objective is to line up three matching symbols or form a pattern of four matching symbols to win. The Kraken looms below the surface at all times, and if he appears he makes the screen go wild which can change symbols ... 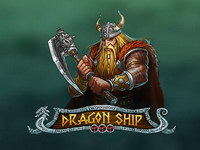 Dragon Ship is a virtual videoslot machine made by Play 'n Go. The animated dragon ship is a wild symbol that substitutes for most other symbols. When wild symbols stack up to fully cover reels 1 and 5, the player sails through 15 free spins, during which the wild reels remain stationary to generate greater excitement with the potential to win more. Players with a heroic Viking spirit will invi...